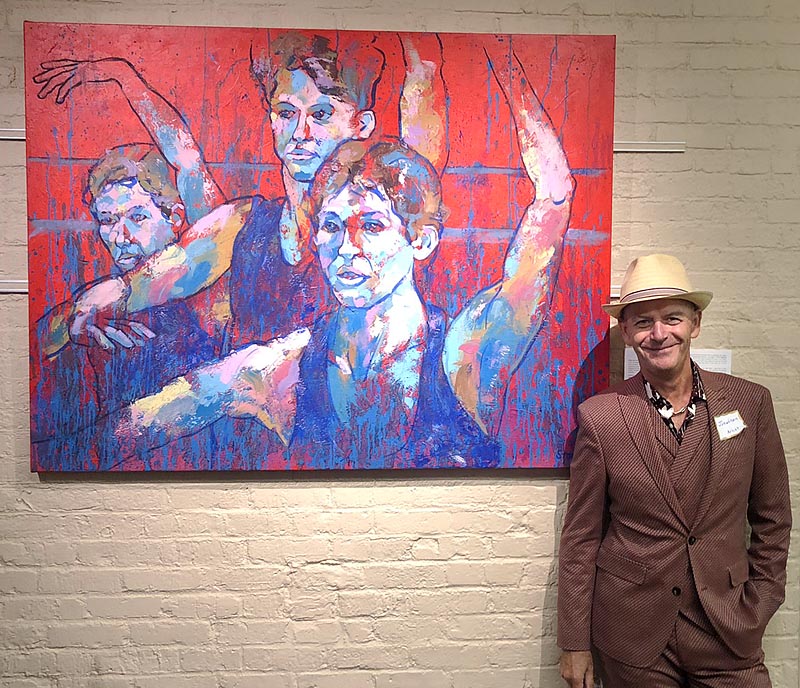 Jonathan Stone is a fine artist based in Nashville, Tennessee. Since he first became enchanted by artistic anatomy, the genre has never failed to fascinate him. The world has an endless variety of body types, poses, and personalities for the artist to interpret. His hope is to inspire the same appreciation that he has for humanity in others. “My wish is for the viewer to enter a similar headspace that I am in while creating which is appreciation for all living things,” he explains. Rebelling against the phenomenon of artiface in modern society, as perpetuated by plastic surgery, personas, and filters, his work reminds the viewer that we are good enough as we are. Stone respects rather than tries to render his subjects hypperreal.

“My wish is for the viewer to enter a similar headspace that I am in while creating which is appreciation for all living things.”

The desire to capture life through creativity has always been intrinsic to Stone. Shortly after his birth in London, England, his family immigrated to the States. In New York City, he spent his childhood yeares taking art classes and visiting museums. “Saying you made art was equivalent to breathing in my household, which means that creativity was nurtured, normalized, and prioritized above say, making money,” Stone explains. Perhaps it is also why Stone never had imposter syndome. After his mother, a classical pianist, posed a question about his future career he declared at age five , “I want to be an artist.” The decision was never second guessed.

While Stone studied fine art at several universities, it was evening classes in New York that changed the trajectory his craft. At the famed Arts Student League in Manhattan, he fell into a milieu of straightlaced businesspeople and serious artists. Fortuitously, Stone landed under the instruction of artistic anatomy expert Terrance Coyle. With the assistance of this nationally renowned teacher he began learning the science behind capturing the human body. The endless array of shapes intrigued the intellectual artist from the get-go. Thirty years later, he finds it just as exciting. “The Art Student’s League was an ideal place to study as I wanted to hone in on my craft as opposed to try and be political with my art,” explains Stone. Rebelling against the narrative art that held court at the time, he instead followed what fascinated him. “Growing up in a European family, I felt both at ease with the naked body and instinctually wanted to show people its beauty, especially in a puritanical society” he says. The desire to remove shame around nudity, and the insecurities that come along with it, is still Stone’s drive.

The artist who studied psychology in college also saw artistic anatomy as a way to incorporate this passion. Figuring his subjects’ moods out through their facial expressions, body language, and gaze is riveting. To this day, he still gets a kick out of picking up on people’s emotions through observation rather than traditional conversation. “I have always been interested in how the mind works and the way that seeing someone’s smile changes you physiologically,” he explains. Portrait painting is Stone’s own version of people watching.

Yet, the turning point in Stone’s career came about when he went back to his roots. Remembering the thrill of seeing abstract expressionists like Willem de Kooning, Mark Rothko, and Arshile Gorky as a kid, he decided to incorporate that same freedom into his work. The combination of precision and spontaneity was the perfect match for his personality. By embracing mistakes and seeing them as part the artistic process Stone found his distinctive style. In adopting the techniques of Midcentury painters, such as dripping, splattering, and throwing paint, he really began to shine. “Once I loosened up, those beautiful accidents that I enabled — and even encouraged — gave my work a more expressive, richer quality,” he recalls about this existential epiphany. Letting a sense of adventure guide him also heightened his bravery when it came to color choice. “I have an intuitive love for color and going back to the beginning made me realize that I wanted to embrace it versus replicating reality,” he says. In addition, Stone began roughing up his canvases through inventive mixed media formulas. Experimenting with texture emulated the richness of human relationships in his eyes.

As a lifelong meditator, Stone’s new abstract style aligned with another key philosophy: go with whatever the moment brings. Painting became yet another way to tap into an intuitive state. After capturing the subject through being completely present, he then would add his own mood synchronizing his energy with theirs. “By slowing down and pausing, I can sense the model’s mood without having to ask many questions,” he explains. Whether it is the dramatized pose of a dancer or uncontrived study of an everyday person, the final result is as layered as their energetic exchange. “Why else are we on this planet other than to connect with our fellow human beings?” asks Stone. “My work transformed once I started truly paying attention to the person in front of me and allowing whatever was happening to be okay.”

He has been listed in the Art in America Source book to the U.S. Art World. His paintings are in private collections around the globe. 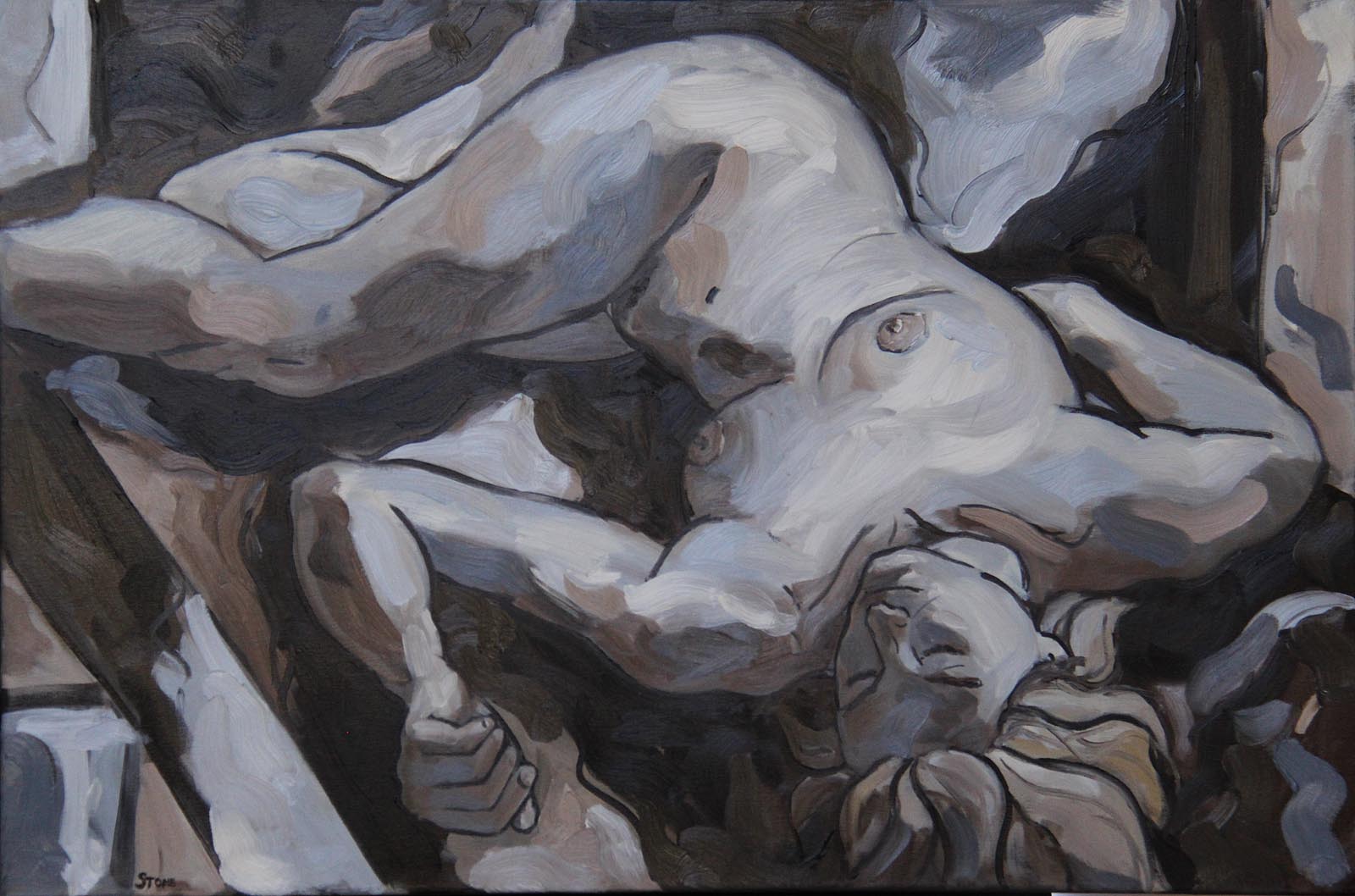